A couple of puppy dogs

When I asked my niece what she wanted for her birthday, she said that she wanted a toy dog like the one her friend had that could walk around on it's own. I replied that it would be pretty hard to make it walk by itself, but I could definitely make her a dog. 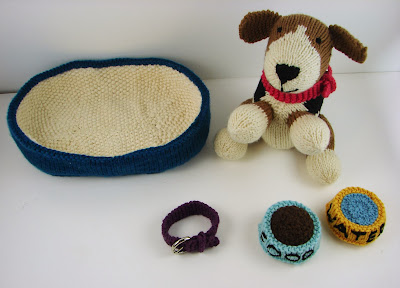 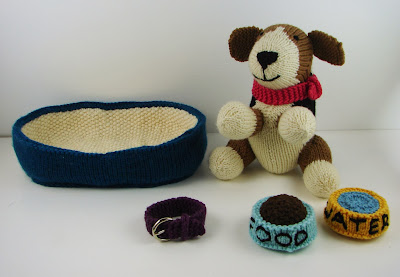 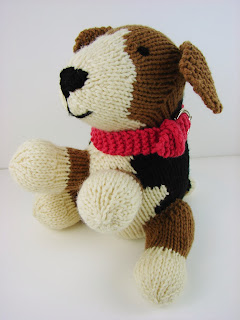 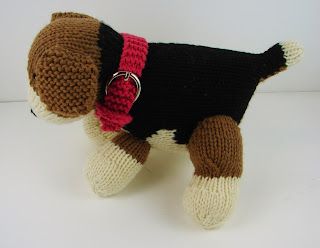 My niece was very happy with her new little friend. Apparently her brother also liked the puppy, because when I asked him what he wanted for Christmas he said that he wanted a dog also. He wanted his to be red. Doing one solid color was a lot easier than the different color patterns I did on the first dog. 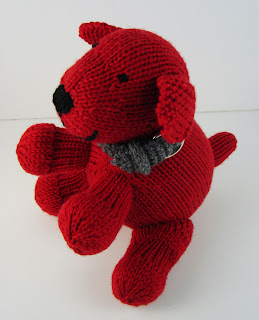 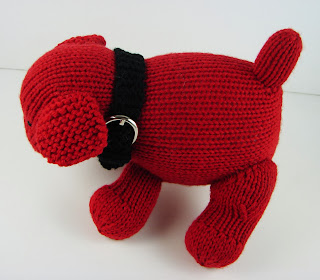 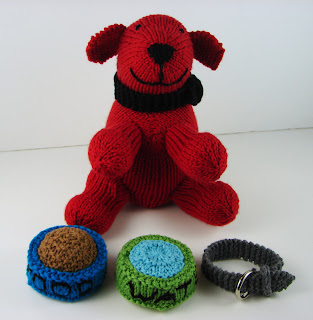 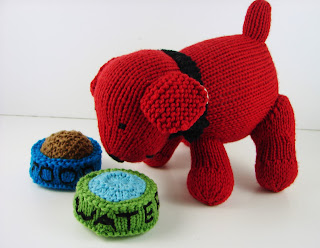 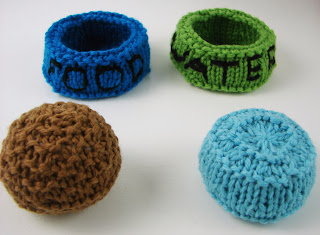 I gave the red puppy a black and a gray collar. I also did different food and water colors than I did for the first one. Partly to try something new, but mostly so that my niece and nephew will be able to tell them apart. I didn't make a dog bed for this one because the first one took a while and I ran out of time. It was also frustrating the first time and didn't turn out quite like I wanted. The next time I make one I will probably have to fiddle with the pattern and redo parts of it. Also something I didn't have time for. To go with the puppy, I also gave my nephew one of my knit footballs. I've made many of them, but somehow hadn't given him one yet.

I hope to edit the puppy dog pattern and put it for sale on Ravelry, but it may be a while.  There are some kinks that I need to work out with the shaping and I've got lots of other stuff higher up on my priority list. It may end up being a summer project.
Labels: collars dishes dog food gifts hand knit hand made knit make believe pattern pretend puppy toy water 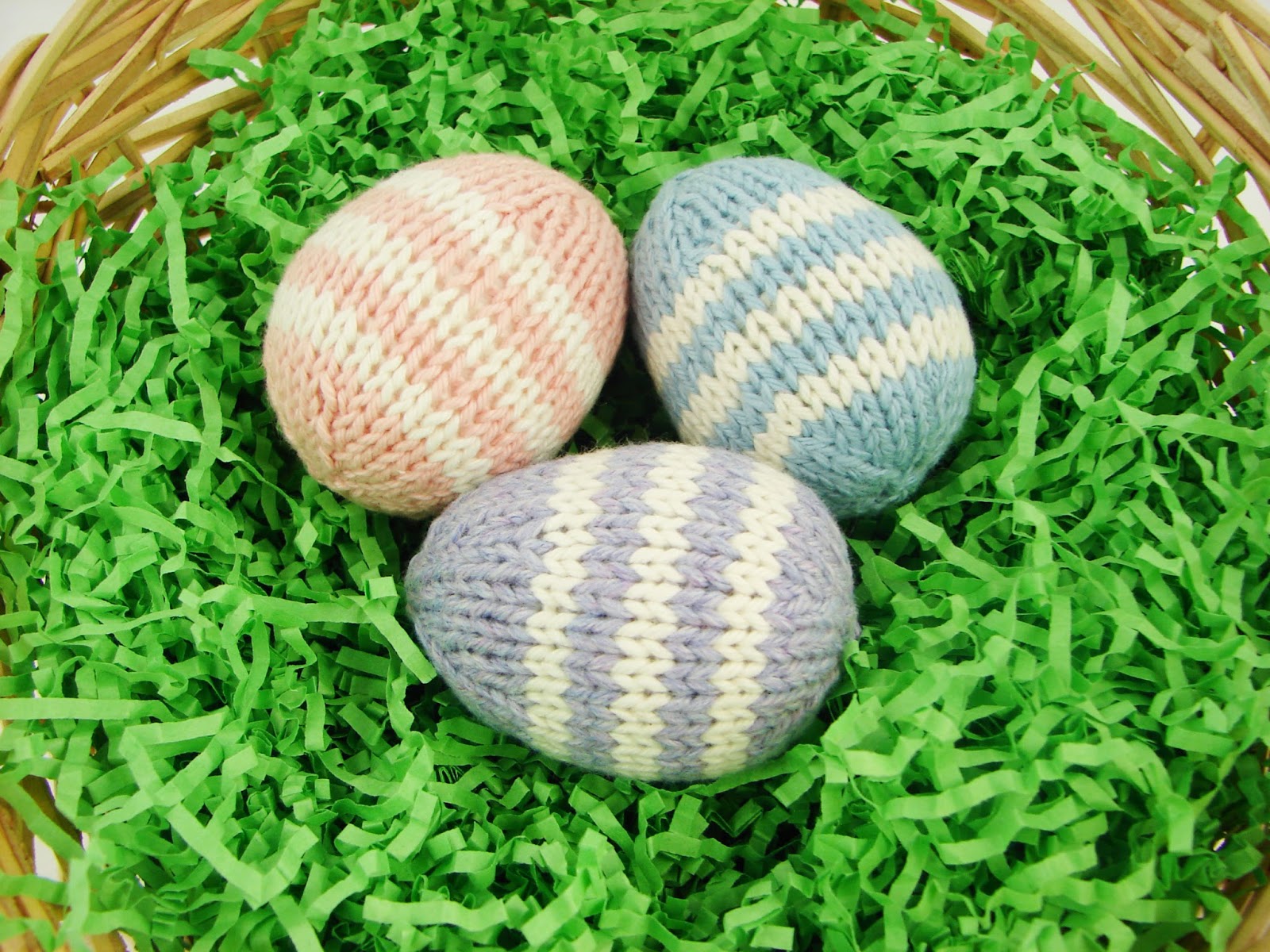 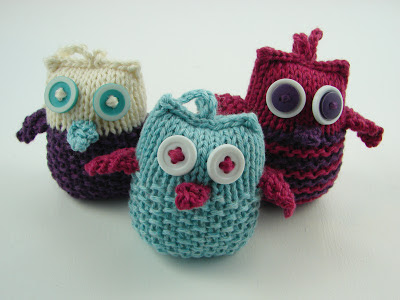